Showing posts from January, 2016
Show all

Book Review: In The Belly Of Jonah by Sandra Brannan 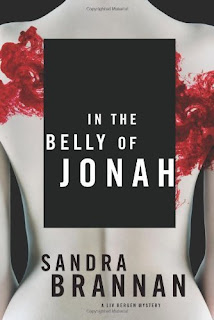 Read the book that started it all...

The gruesome, bizarre murder of college student, Jill Brannigan, sets off a series of events to find the serial killer known as "Venus de Milo".   Liv "Boots" Bergen, manager of a limestone mine, becomes an unknowing amateur sleuth as she is swept into the investigation to track and find this killer. His murders have hit too close to home for Liv, and she is willing to do anything to bring him down. Streeter Pierce is an FBI agent who leads the investigation. He is impressed with the clues Liv has unearthed that have gotten him closer to finding the identity of the killer.  Time is running out, however, and both their lives are in danger. Which one of them will be the killer's next target?
I loved this suspenseful, mystery/thriller, In The Belly of Jonah, very much because author Sandra Brannan gets the reader right into the action in each chapter.  You feel you are solving the crime, along with Liv and the detectives. But, …
Post a Comment
Read more
More posts